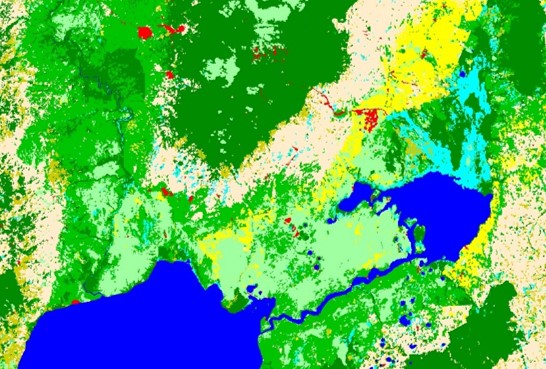 As part of the Global component of the Copernicus programme, managed by the Joint Research Center (JRC), Telespazio Ibérica has been participating in the generation of the Hot Spot Monitoring product since 2016. The activity of this project provides detailed information on specific areas of interest around the world, responding to ad-hoc requests. It focuses mainly on the domain of sustainable management of natural resources, with an initial focus on Protected Areas or Key Landscapes for conservation.

In the Pan-European component of Copernicus, Telespazio Ibérica has been in charge of the validation and QC of two of the flagship products for improving the management of urban development and the environment on the continent: 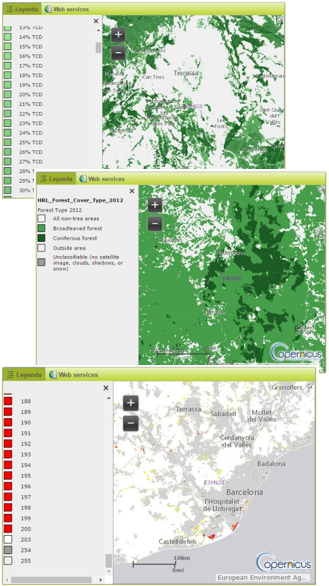 The final objective of this project is to reflect the main characteristics of the European forest masses as well as their evolution over time. Telespazio Ibérica has participated in the development of three different products:

All of them are made from satellite images and through a combination of automatic processing and interactive rule-based classification.

The High Resolution Layer Imperviousness captures the spatial distribution of artificially impervious areas, including the level of soil sealing per unit area. The Imperviousness soil level (degree of impermeability 1-100%) is generated using a semi-automatic classification, based on calibrated NDVI. Telespazio Ibérica has been in charge of validating the results of this product. 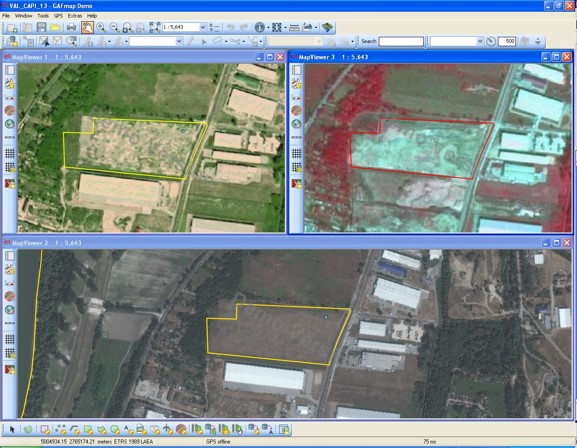 The Riparian Zones LC/LU product provides a detailed LC/LU data set for areas along a set of selected rivers covering the 39 EEA member countries and cooperating countries. This provides a consistent and very high resolution delineation and characterisation of the riparian zones (RZ) of major and medium rivers for most of Europe and Turkey based on 2.5m spatial resolution optical satellite images.

Telespazio Ibérica has been participating since 2017 in the generation of this product, whose information can be viewed and/or downloaded from the viewer that the Copernicus programme has made available for its dissemination.

Natura 2000 (N2K) is a network of breeding and resting places for rare and endangered species, as well as for some protected natural habitat types. It covers all 28 EU countries, both on land and at sea. The network aims to ensure the long-term survival of Europe's most valuable and threatened species and habitats listed in the Birds Directive and the Habitats Directive.

The status layer of N2K, in whose production Telespazio Ibérica has participated, differentiates 55 thematic classes LC/LU for an approximate total surface of 523,000 km2. 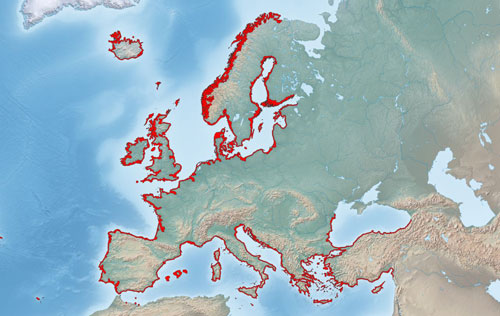 In 2018 the EEA (European Environment Agency) awarded a consortium of European companies, including Telespazio Ibérica, the first step of a new product for the Land of Copernicus domain. The Coastal Zones product aims to increase the monitoring of the entire European coast, providing geospatial data to help the decision-making process for such a sensitive and important area for the European development.